At one point in our life we all drove a car, or at least sat in one, but those who have a taste for cars or are just curious how big is the engine as soon as they get in a car should do an extra effort and satisfy their passion for cars. There are many car brands out there, some are cheap, some are family oriented and some have something for everybody, but a few only focus on building the best supercars in the world.

In this article we are going to focus on the latter category, meaning those top five supercar makers that live and breathe high performance vehicles, because they are worth your attention and because they feel so much different than the everyday cars which we are used to.

Of course that there are still quite a few supercar makers around, but the title of the article says that we are looking into 5 supercars that you should drive at least once in your lifetime even if you hire these supercars, and not 5 supercars brands so you may be in for a surprise and find two model from the same manufacturer in this list, but that doesn’t make it less varied, it only makes it truer.

No more doing donuts like a teenager in a parking lot without going nowhere, let’s get this on:
5. McLaren MP4-12C – Simply known as the McLaren 12C, this 7-speed, twin-turbo 3.8L V8 will make for a great warm-up run before driving the next supercars on the list. The scissor doors, low driver position and the engine sound once you get inside will hit you in the face and make you realize why supercars are so much different than you average Volkswagen Golf. 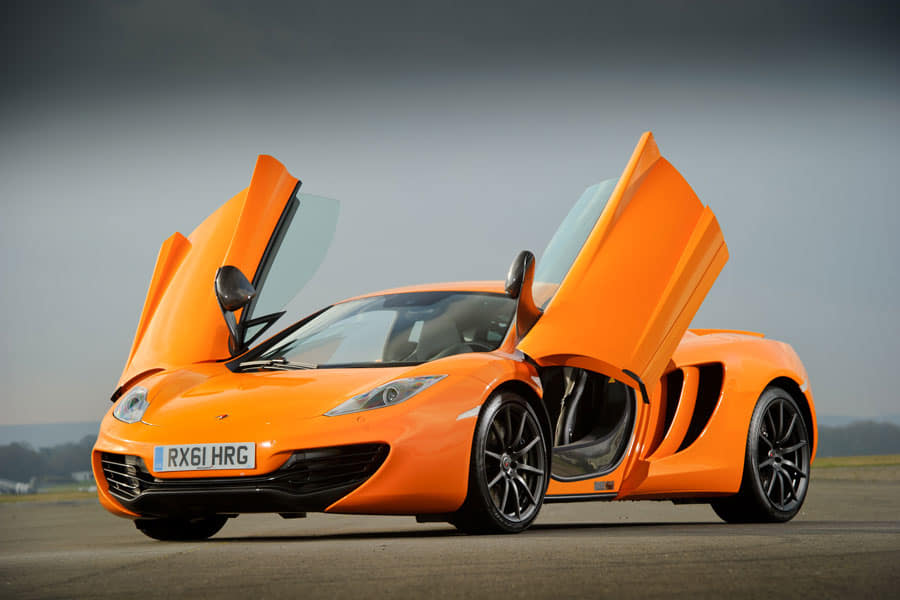 4. Lamborghini Roadster – there is no way a Lamborghini will miss this list, and the house choice is the Roadster. With its mean look and acceleration from zero to sixty in just 2.9 seconds, this beast will be hard to keep under control, so proceed with caution. 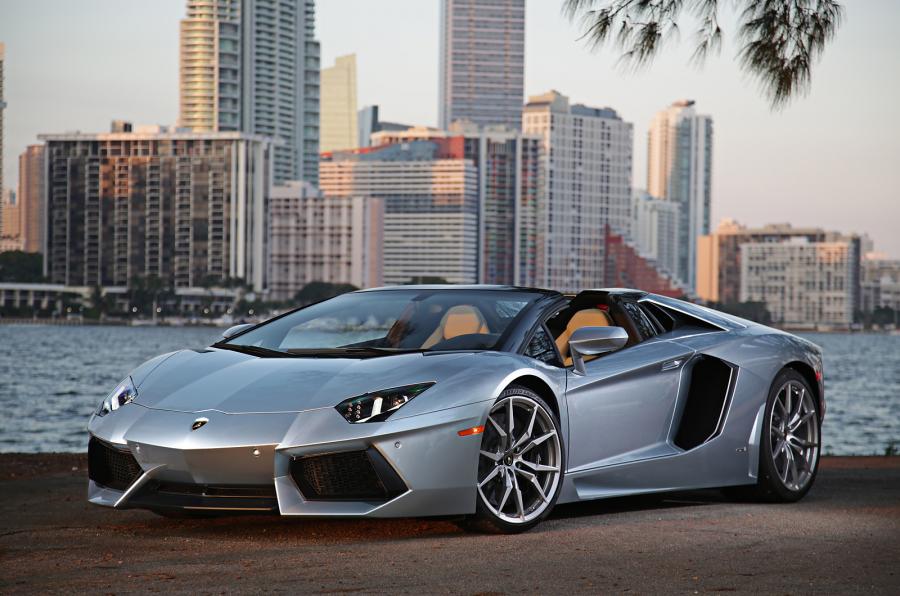 3. Lotus Elise – Surprised? Don’t be. This is a small British car with a history behind it. Lotus Elise has a low weight and an angry little engine (it only develops 118 bhp). The combination of low weight, angry engine and efficient braking make this one a hell of a lot of fun to drive around. 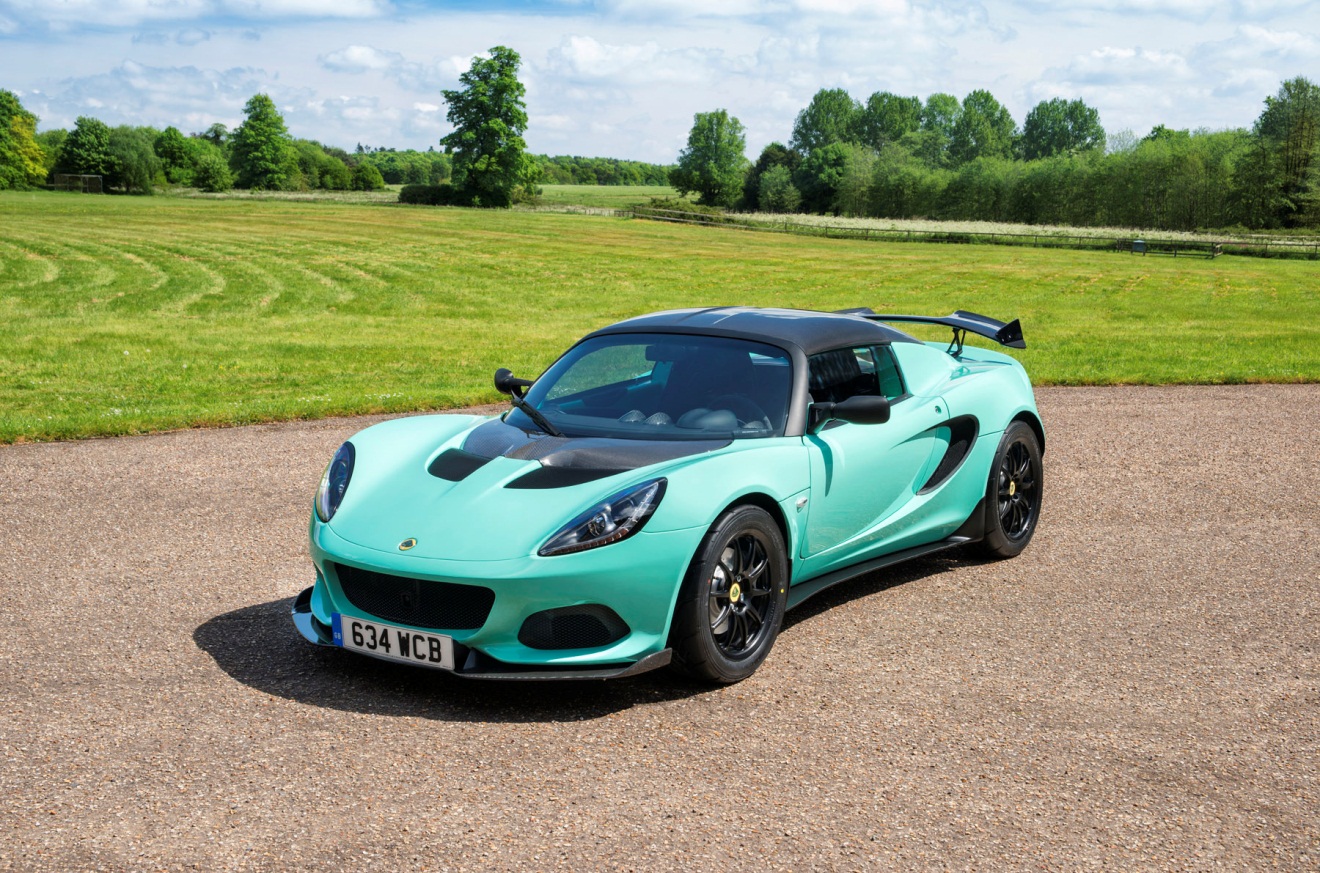 2. Audi R8 – to put it short, this is a cool car. Audi may be Volkswagen’s luxury brand, but with R8 they truly managed to introduce themselves into popular culture (this model made several appearances as Iron Man’s car in the popular Marvel movies), and you should drive it at least once even if just to see how it would feel to be Iron Man. 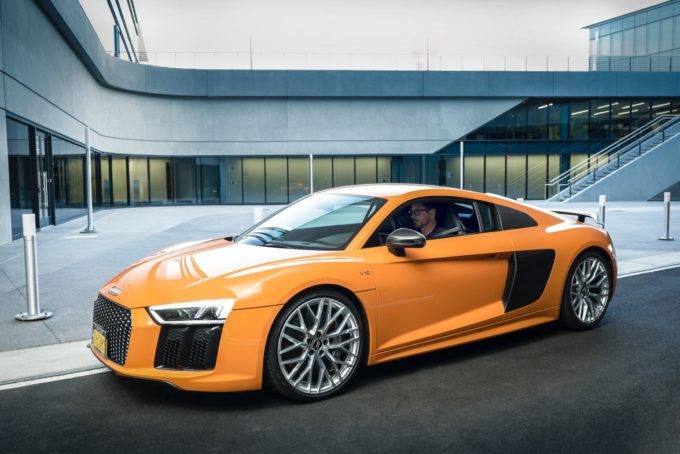 1. Ferrari 360 Spider – Nothing beats that unique Ferrari engine sound, and this classic beast should be on top of everyone’s list. Not because it’s the fastest of them all, or because it has the most power, but because it is the most balanced. This is a car that will bring a smile to your face the moment you first put it into gear. There are not many words to describe this beauty and the feeling you have when you are behind its wheel needs to be experienced in 1st person to truly understand why this engineering marvel tops our list. 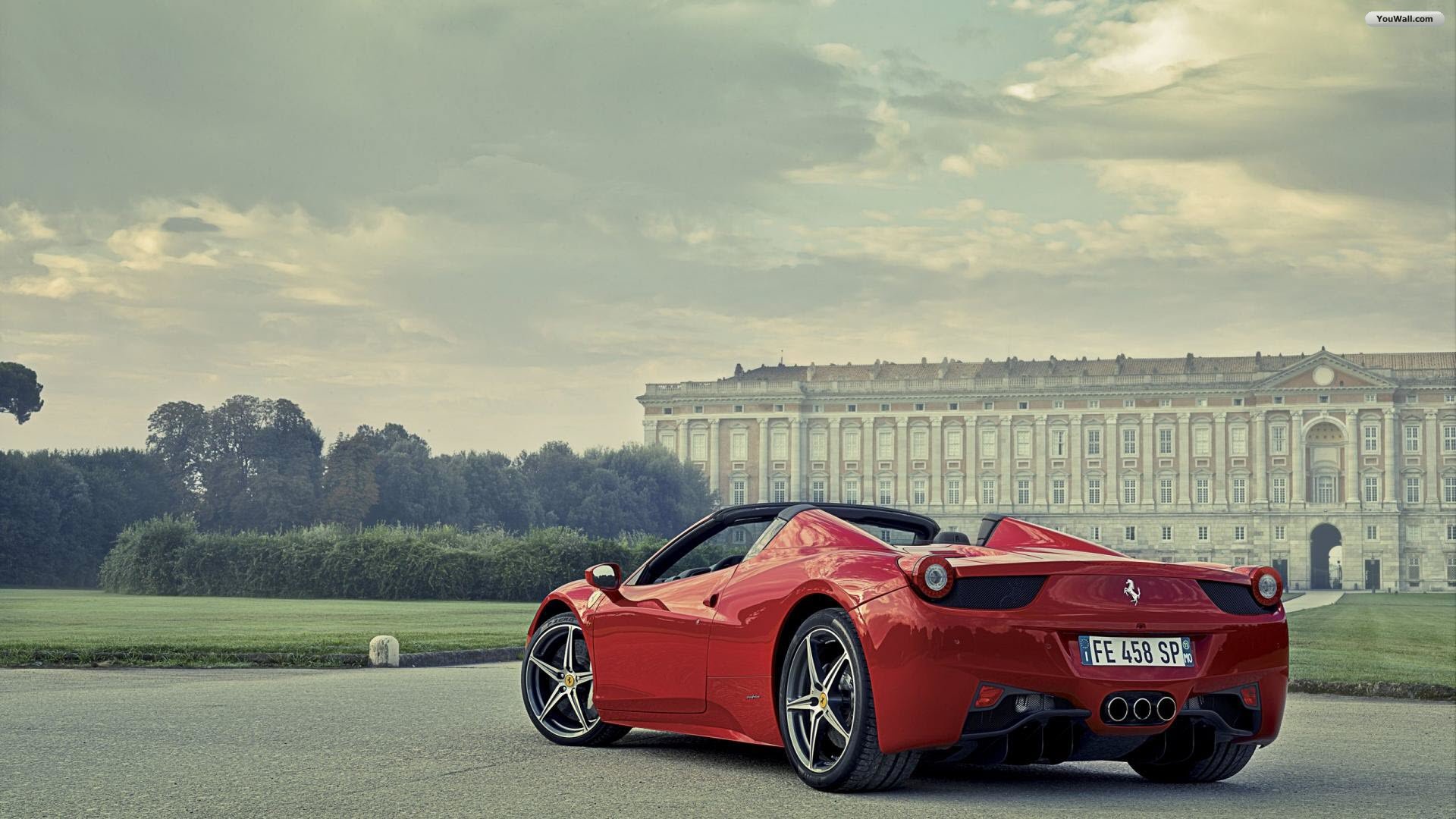 We hope you enjoyed the list and that you found at least one of your favorite cars here, but if you didn’t don’t give up and think of the cars that you would drive at least once in your lifetime and go for it, there’s no time to waste.

Owning a sports car is something everyone dreams about. Everyone has seen at least one supercar in their lifetime. Maybe some of us even had the occasion of driving one. But from driving a supercar to owning one is a really big step. Here you have some things that you should know before you decide to make this step.

People will recognize you on the street more often. If somebody looks in your direction he will notice you and he will try to recall you. Even if you aren’t a celebrity, people will think you are and will treat you more respectfully. Most peoples will smile or wave at you, and some of them will even ask you to take a photo. Owning a supercar will be a little bit weird at first but it is a beautiful experience.

You will wish to be quieter. Almost every supercar has a loud and beautiful sound. For car lovers this is pure music. Hearing the perfectly tuned engine in your ears is something that a lot of people wish for. For everyone else it’s just some loud noise made by a car yet a really good sound. Everyone will love the sound of your car and you will start to mute the radio system every time.

When you draw the line, owning a supercar is awesome. There is no other experience like it and you should really try to drive one for at least a few days. Behind the stunning looks and perfectly designed details there is something that connects you to the world in a way that you cannot imagine. After you will begin to understand a supercar you will be amazed by its technology. You will start to realise that everything in your car has a perfectly defined purpose and everything is exactly where it’s supposed to be. But every new toy gets old pretty fast and becomes boring. Maybe that’s why people tend to hire an expensive car rather than buying one. Hire a red Ferrari and fill its enormous power and handling or hire an Aston Martin and listen to its engine roar.

Now that you know some of this stuff, it’s time for you to enter the fabulous world of supercars. But before that, I have an extra advice for you: hire before you buy. Go to a sports car hire company and ask for their offer. There are a lot of supercar hire companies that can give you the opportunity to test your future car for a few days before buying it. Blue Chip Car Hire is a prestige hire company where you can find a lot of supercars for hire.

Luxury, exotic cars are a pleasure to drive for all those who love being behind the wheel. Feeling your heart beat race alongside the vehicle’s horse power, the rush of the speed pumping your blood faster and raising your adrenaline levels, is a passion and a pleasure for experienced drivers. And when it comes to driving a Ferrari, an Aston Martin or a Lamborghini, you feel nothing less but a thrilling sensation of satisfaction and ultimate delight.

When it comes to fast, luxurious cars, many of us don’t see them as practical and convenient, especially when driving in busy day to day traffic. We choose to drive cars with less consumption and lower speed. But for sharp drivers, being behind the wheel of a high speed car remains a passion. And for these drivers, there is BlueChip Car Hire.

BlueChip Car Hire wants nothing less but to provide experienced drivers with luxurious cars to drive when they feel like their passion for driving has faded.  But it’s not just that. A prestige car can be hired for special events, be they personal such as a wedding or corporate such as arriving to a business party, and everything in between. Renting an exotic car can be a gift to your dad or to your husband, it can be just the one thing to put a smile on a loved one’s face. After all, driving is a sport and a hobby at the same time. Driving freely and fast is an experience many of us are keen to try at least once in a lifetime. And for us, BlueChip Car Hire has the solution, an outstanding fleet of luxury, prestige, exotic cars for rent.

When driving is more than a routine, it is a pleasure and a delight, then renting a luxury, sports car is no trifle. It’s an opportunity. It offers you the chance to take a fine car to a fast ride. It allows you to pump up the levels of your adrenaline, reminding you why you love driving in the first place. And this one of the reasons why BlueChip Car Hire was founded. For the passionate drivers, for the ones who see cars as more than a means of getting from point A to point B, for the ones who appreciate the power underneath the hood, the smell of the wheels, the liberty of driving. Because driving is a pleasure, a hobby, and when you are driving a prestige car you get the rush and the pleasure of being behind the wheel at a peak.

Driving is a hobby, it is an experience which allows you to feel the rush in your veins, it is a way of feeling free. And when daily drive has drained the pleasure out of you, remind yourself of your passion for driving by simply hiring a sports car. Relive the pleasure of being behind the wheel, boost your energy and your adrenaline level by taking a prestige car from BlueChip for a spin. Whether it’s for a day, a week-end or longer, when it comes to riding fast, you can rent a Lamborghini, a Porsche, a McLaren or other fast car and fall in love with driving all over again.

Stay passionate about driving, pump up your adrenaline and feel the rush going through your body. Experience the pleasure of driving a luxury sports car and remind yourself of the reasons why driving is more than a routine. It is a hobby for a lifetime.

Welcome to WordPress. This is your first post. Edit or delete it, then start writing!